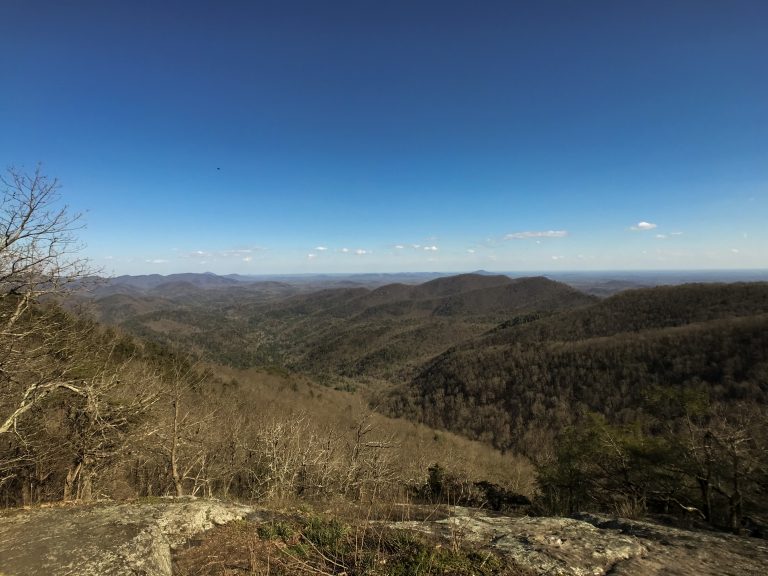 I reached Neel’s Gap around 1pm. It was awesome there. Did a small resupply on my food. Had a pizza and some nice talkings to other hikers. Actually there is a tree with many many shoes on it. Some of the hikers who already gave up at Neel’s Gap throw their shoes over the tree.

A few miles later I had my first Trail Magic. Some ladies who section hiked the AT supplied me with some hotdogs, chips and softdrinks. I really enjoyed that one. I slept at a nice small camping spot, a mile after that.

The next day definitely was the toughest one so far. I did 6 peaks this day. One of them was the highest point in Georgia. It was one hell of a climb. My knees are hurting now. I have to do another 30 miles to the next town where I definitely need a zero day.