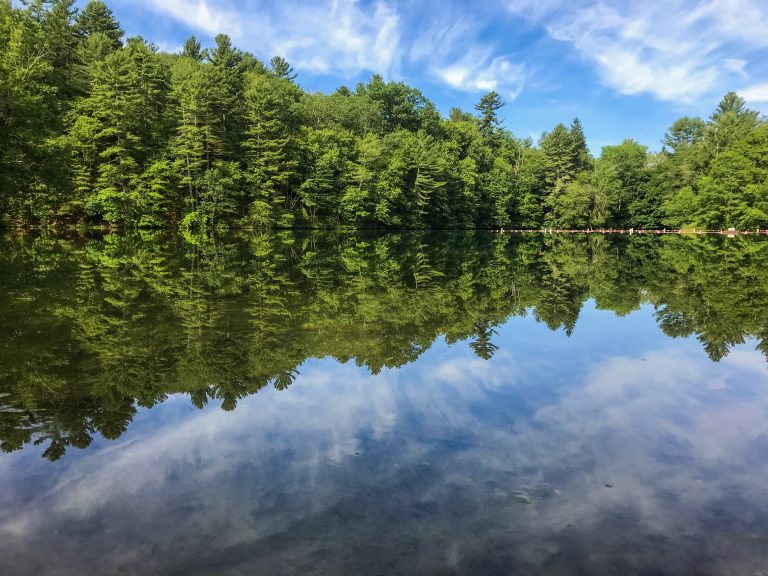 After the Four State Challenge Rhyme Time and myself slept pretty long the next day. Considering 9am is pretty long for the hikers in their tents. As we finally got up we decided to head into town for some food and also a resupply. We had some awesome burgers at Applebee’s and watched soccer. After we got our resupply at Walmart done we just charged our batteries there.

Initially, we wanted to continue on the next day. But as the weather got very bad again, we booked a room in the city for the night. The day after we continued on the trail. Our feet were definitely sore.

Guess why the title of this blog is called Rocksylvania ? At the Mason Dixon Line we just went into Pennsylvania. This is by far the rockiest State ever!!! There are this little rocks just right along the trail. You gonna hit them with your feet all the time. It’s so annoying. There are also a lot of big boulders and some steep climbs. To be fair, I really enjoyed these ones so far. If I would receive a penny each time I hit a rock, this trip would definitely be entirely paid!

After about two days of hiking we finally made our way to the official half way point of the Appalachian Trail! It’s basically a sign in the middle of the woods. But definitely a very big achievement to hike all the way from Springer Mountain in Georgia to this half way point sign.

One evening Rhyme Time told me about he would get off the trail to visit an old Navy buddy pretty soon. I was pretty sad about that, because he is by far the best hiking buddy I had on the trail. Cheers to this guy! I hope we’ll made our way and meet each other again sometime soon on the trail!!

So, I continued the trail on my own. The rain was definitely over for the upcoming week. There was a heatwave with temperatures over 100 degrees Fahrenheit / 38 degrees Celsius coming. I never sweated to much in my life. The humidity didn’t make it easier. One day I drank more than 12 liters of water.

I met a guy named Pirate. He’s from New York and does a big section hike on the AT. I hiked for three days with him until he got off the trail. As it was that hot one day, we did a lot of breaks, because it was just to exhausting to do big mile days. At the next water source we talked about how cool it would be to have a swimming pool right now. Some guys told us about a pond at a river joint. We didn’t find a way down, so we basically went through the middle of the woods down a steep mountain. And guess what we found there? A little paradise! An awesome little pond with two sling-ropes. That was very cool! It was about 2-3 pm, so very early to stop a day of hiking out on the trail. But I wouldn’t do any more steps on this day. I just enjoyed the cold water and had a lot of fun.

The next day I had my second scary meeting with some bears. There was a young one with his mama just right along the trail. As I listened to music and looked down at the ground I haven’t seen them at all. Same for them. As they saw me they just ran away very quickly. But, there was definitely a mama bear. I’m always very scared of the mamas, as the look for their children. I initially turned around, turned up the music on my phone as loud as I could. I slowly continued walking while looking for the bears. That was definitely the scariest meeting with the bears so far. Never saw a mama bear with a young one!

I planned my next zero day in Delaware Water Gap, which is the last town in Pennsylvania. Just right after the city there is a bridge over a river. This is the state line to New Jersey. I’m looking forward to that. On July, 16th my buddy Emanuel from Germany is gonna visit my on the trail. We will be hiking together for two weeks.