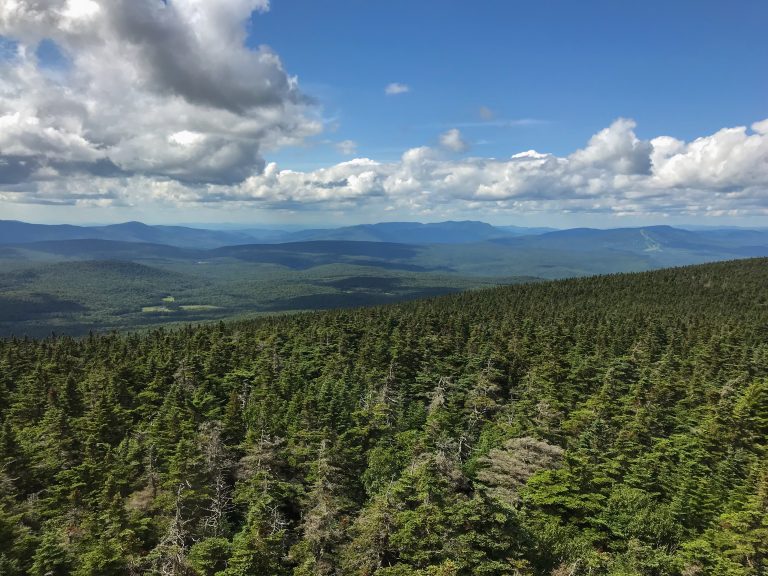 A Visit From Germany

As we watched the World Cup Final at Big Bunnies house, he offered to pick Emanuel up on the train station in Brewster. Big Bunny is such a friendly and helpful guy. I was really looking forward to my friend Emanuel. He’s gonna come all the way from Germany to hike with me for two weeks. The next morning Big Bunny drove all the other hikers out on the trail. After that we picked Emanuel up on the train station, did a little resupply and headed back out on the trail.

I was really excited to show Emanuel the life out on the trail. The extensive heat wave just continued like the last weeks. It was very hot and humid that day. Emanuel definitely had a hard time. Not that it was easy for myself. Every day out on the trail is pretty tough. The first 7 miles we had a very gradual elevation and hiked besides a pretty big pond. We got at a shelter at around 5 pm. There was a climb after the shelter. We wanted to do that climb on the same day. At the shelter there were a lot of people who told us to stop there because of a trail magic which should start pretty soon. It was Emanuel’s first day out on the trail and he got his first trail magic. What an amazing way to start his first day out there. These guys served us Burgers, Hot Dogs, Salads, Desserts and beverages.

We sat there for a while, also because there was a thunderstorm rolling in. Luckily the storm missed us slightly. So we continued our journey and started the climb to reach our camp for the night. On the last 2 miles to the camp Emanuel rolled his ankle ? Because it was quite painful we just took the next spot we could find. We set up our tents and had a great talk before we went to bed. The next morning we hiked 3 miles to a road crossing. That’s where we ran into all the guys I watched the soccer final with at Big Bunnies house. As Emanuel’s ankle wasn’t any better he decided to go into town. So I continued my hike with Sherpa again.

We did some big mile days again. We did solid over 20 miles every single day and soon reached the border to Connecticut. In Connecticut we passed the 1500 mile marker. The terrain in Connecticut definitely got way harder compared to the states before. It’s like a training for the White Mountains. As the stretch in the state Connecticut isn’t too long we soon got into Massachusetts. Massachusetts started with some pretty views. But I miss my stealth camp spots. The last few states hadn’t much of those stealth camp spots. What a bummer. Mostly we had to camp at official campsites or shelters. And the weather got worse again. The forecast said a lot of rain to come.

The next day we ran into Big Bunny. He told us he’s gonna take a zero day at his house again the next day. Because of the weather forecast I asked him if I could join them. He said yes. I was so happy not to hike in the rain the next day. At that time I didn’t know what would happen on this evening. Big Bunny’s niece had her first birthday. So all his family went to a famous mexican restaurant to celebrate her first birthday. And guess what? Sherpa and myself were invited to join the party! I definitely crushed an american cliche ? it was an amazing evening. The food was absolutely awesome and I had the ability to get to know Big Bunny’s family. We also bought some new shoes in town, went to the theater and did a resupply.

The next day we went back to the trail again. As the rain continued we tried to hide from the rain in shelters when it was possible. So we continued slowly and mostly did only 15 mile days. Soon, we reached the border to Vermont. That means 11 states down and only 3 to go. That’s a good way to raise my mood in all this rainy weather. The climbs got harder, but also the views got better. So, worth all the climbs. We went into a town called Manchester Center. A nice town within a huge skiing area. We did a resupply and booked a motel room for the night.

We started very late the next morning. Late check out was at 11 am. So that’s what we did. We had to hike up a mountain which is a famous skiing place. On top you could see all the lifts and slopes. It was pretty cool up there. So we chilled there for at least two hours. The next days we were pretty lazy because of tons of rain. Once we stopped our day already at 11 am and only did 12 miles that day. We got to a shelter before the rain started and the rain just didn’t stop at all.

We crossed the 500 miles left to Katahdin sign, we crossed 1700 miles and we headed into town. It was Sherpa’s birthday and the weather forecast looked horrible. As we were lazy the days before we had a 25 mile day with a lot of climbs left. At least it wasn’t supposed to rain that day. We had to climb the second tallest mountain in Vermont. A hell of a climb. We started that climb just after our lunch break. At the top there was a little side trail to the summit. The side trail was the steepest climb I did so far on the AT. But worth the view up there. It was amazing! We took a long break up there and still had over 6 miles left to the parking lot to hitchhike into town. So, we got into town pretty late. We had some awesome food and drinks at Applebee’s to celebrate Sherpa’s birthday.